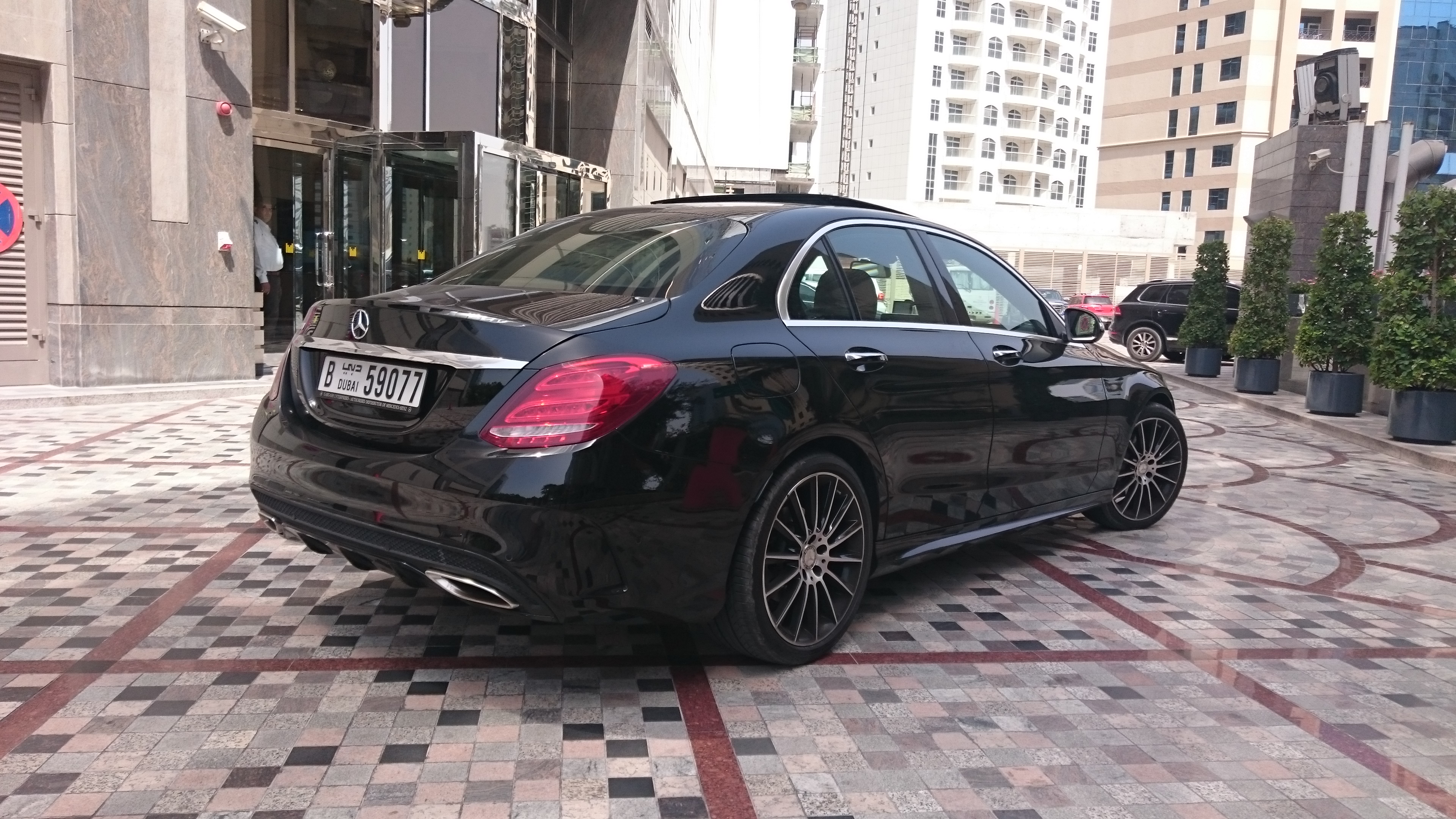 Turn the car on by the key

Push button is not available

the same traditional gear we saw since long time with MB

up is the R

push this button for P

parking brake is down here

the design is completely new since a year or so

C class is not now the MB entry level

it is now coming after the A class and B class

let us talk about MB history

in 1926 they named it Mercedes Benz for the first time

as a cooperation between Mercedes & Benz

they suffered from quality and design issues

but this fail did not came from nothing

and that might affected both, degraded MB but upgraded Chrysler

which is competing with BMW 3 series that introduced in 1975

In this category, the BMW 3 series is the benchmark that the other trying to come close to it not even exceeding

till now nobody exceeded its crown not Audi nor MB or other brands like lexus, cadillac, lincoln and so on

MB with this model, I can say it is now threatening the 3 Series with a new design and changes

it shows a lack of power after the gear shifts

its weight as a bigger, luxury and as a brand is very coming in less than 1600 kg

even more than the E class since the C is bigger, wider, luxurious and powerful

feeling inside the car is very good, it is comfortable but not too much but sporty

our car today is the standard one with AMG kit

it has lower and harder suspension

they change engine and steering response and fuel economy

my favorite mode is sport, it keeps the car a life but will not keep gears to very high RPMs

you can change modes settings from the COMMAND system

we can see all interior and exterior lighting are all LED

no matter what is your speed

on highways and high speeds the car feels very stable, solid, under control

I have the car for couple of days

I drove it in highways, small road, good and bad roads

the car is completely different than its predecessor

and it changed my opinion about MB generally

competitors are BMW 3 series and Audi A4

but now C class is threatening both of them now

I hope you got enough benefits from this review

see next time with a sport car